We are a genuine Free House and it is our policy to feature beers from small independent breweries, many from the West Country but occasionally also more “exotic” visitors! The range of beers varies constantly but our list of forthcoming beers usually includes at least one beer from one of the local micro breweries. Normally two beers are on tap at any one time (occasionally three at special times).

….. since the back end of “Eat Out to Help Out” and the August Bank Holiday, and hopefully beyond that too if things go well. 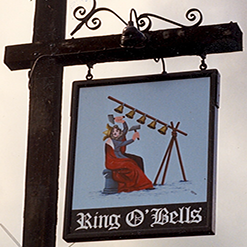